Coffee sellers are mulling how to fight a California judge’s ruling that would require the beverage to be branded with cancer warning labels. 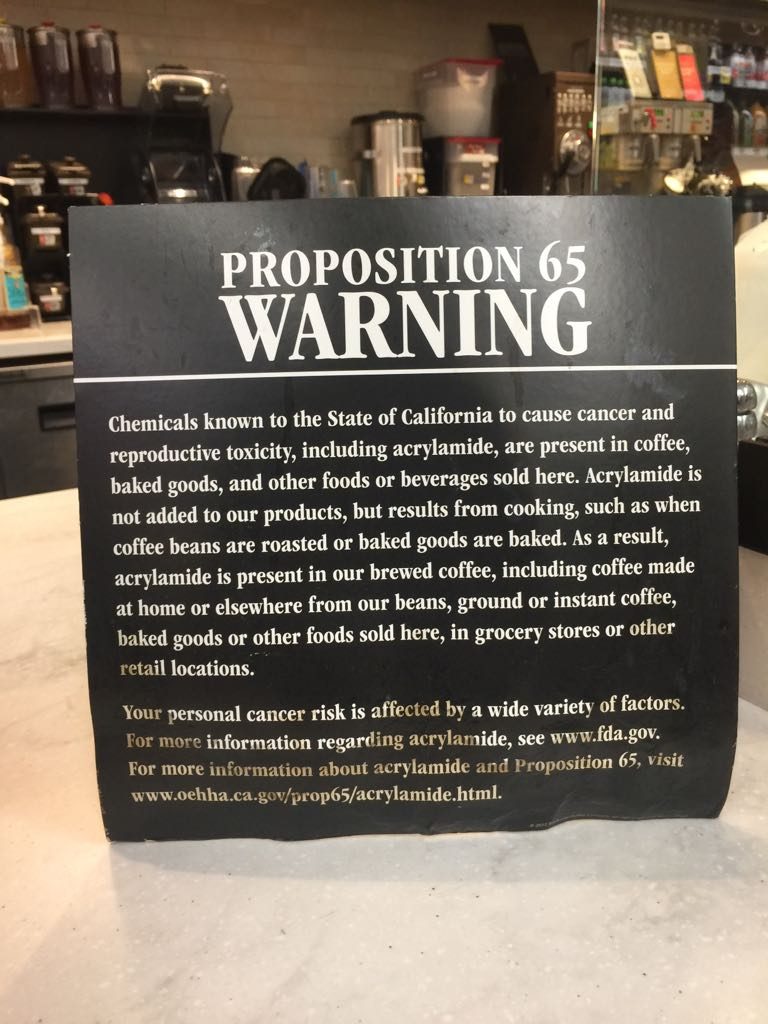 The National Coffee Association, whose members include Starbucks and Dunkin’ Donuts, said in a statement on Thursday that it was “currently considering all of its options, including potential appeals and further legal actions.”

The ruling stems from a lawsuit filed in 2010 by the Council for Education and Research on Toxics, a nonprofit group based in Long Beach. The group charged that Starbucks and other companies — a group that eventually included 91 defendants — did not warn consumers that ingesting coffee would expose them to acrylamide, a chemical formed when coffee beans are roasted.

California keeps a list of chemicals it considers to cause cancer or reproductive harm, and acrylamide has been included since 1990. The state’s Safe Drinking Water and Toxic Enforcement Act, known as Proposition 65 after it was passed in 1986, requires businesses to provide warning labels when exposing consumers to any of the hundreds of chemicals listed.

Judge Elihu M. Berle, in Los Angeles County Superior Court, wrote in a proposed decision on Wednesday that the companies failed to show that acrylamide does not pose a significant risk when produced during roasting.

“Since defendants failed to prove that coffee confers any human health benefits, defendants have failed to satisfy their burden of proving that sound considerations of public health support an alternate risk level for acrylamide in coffee,” the judge wrote.

More than 3.4 billion pounds of coffee was consumed in the United States between October 2016 and September 2017, more than in the entirety of South America, according to the International Coffee Organization.

William Murray, chief executive of the coffee association, wrote in an email on Friday that the presence of acrylamide in coffee “is not in doubt” but emphasized that the levels “are minuscule.”

“Coffee is much more than acrylamide — it literally contains hundreds of substances, and is one of the most heavily studied foods of all time,” he said.

Putting warning labels on coffee would be “simply confusing and misleading,” he said, citing statements from the World Health Organization that the drink does not cause cancer and studies showing that coffee offers health benefits like longevity.

“Coffee has been shown, over and over again, to be a healthy beverage,” he said in a statement.

Starbucks and other defendants can file objections to the proposed decision within the next two weeks. “You should expect that this matter will not be definitely settled in the courts for months to come,” Mr. Murray wrote.

Businesses that violate Proposition 65 could face penalties of up to $2,500 per day for each violation, according to the California attorney general’s office. Some companies have already settled.

In a court document filed in December, 7-Eleven agreed to post signs in its company and franchise stores and to pay $900,000 to cover civil penalties and the plaintiff’s legal costs.

The National Cancer Institute notes that, among foods, coffee is a major source of acrylamide, along with potato chips, bread, breakfast cereals and canned black olives. But the government agency also mentions on its website that acrylamide levels in food vary widely and that “people are exposed to substantially more acrylamide from tobacco smoke than from food.”

This entry was posted on 05/04/2018 and is filed under Berita. Written by: admin. You can follow any responses to this entry through the RSS 2.0 feed. You can leave a response, or trackback from your own site.